A Decade of stok Memories: Year One 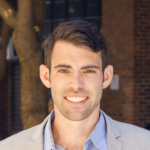 stok is 10! Accordingly, we’re sitting down with the stok team to reflect on a decade of reimagining real estate services. stok Founder Matt Macko already shared a bit of his perspective on the last 10 years, so we’re kicking off Year One with someone else who’s been with stok from the very beginning: Jake Arlein, stok’s very first intern!

stok founder Matt Macko and I originally connected through my brother. They met on a ski trip in Colorado, which was where Environmental Building Strategies (EBS) — stok’s founding name — was planned. Despite the fact that the only impression my brother left on Macko was that he had a large and ugly toe, he was still able to introduce me and help set up an interview.

As a senior in college with a background in astrophysics, I prepped a bunch of questions and responses for an energy modeling internship that I didn’t really understand, and took the call from my dorm room. Five minutes into it, I was offered the internship — the first employee position at stok. I was interested in architecture and engineering, and considering grad school, although I knew I wanted work experience first. At stok, I saw an opportunity to connect my interests to a higher purpose. So I accepted the position, drove cross country after graduation, and my first day at stok was the same day the company officially moved out of its apartment space and into an actual office. It was an exciting day, and as my college self would describe it, legit.

What were some of your challenges during Year One?

Well on the personal front, I wasn’t making any money… And as a company we were scrambling for any sort of job, no matter the scope or size. As a small team new to the industry, we thrived off being scrappy. Anything anyone threw at us, we would figure it out. The first time I was ever involved on a LEED project, I was leading it. I had the background, so I just took what I knew and learned by practice. Every stok team member has always been intrinsically motivated to learn and improve and grow, so anytime a new challenge arose, we viewed it as a learning opportunity and figured it out.

Our first ever contract was with Rita Hernandez at Brickman, working on a carbon reduction strategy for the parking garage at Ghiradelli Square. She took a chance on us, and a decade later Rita is still a close friend and client of stok, which I think speaks to the deep relationship-based approach we take in our work. The JATC Zero Net Energy Center was an early project milestone for us. As a project targeting high standards of sustainability, and with much more involvement on stok’s part, it was a big jump. But we were ready for it, hungry for the experience, and it led to even more exciting work.

We’ve always put the client first. From our early days as consultants, we’d always frame our work as “how can we take as much of the burden off the client and handle it ourselves.” We think of how to best present things in a way the owner appreciates, and always bring a joyful, positive, win-win, and solutions-oriented approach to any challenge. A lot of our closest clients have come out of one-time scopes where partway in, the client asked “so, what else can you do for us?” It’s all about bringing a different thought process to the table — one with the client at the center. In the very beginning, a big part of it was also hustling. Macko was skateboarding to meetings, we did projects like the Embarcadero Centers at risk, and built strong relationships along the way. A combination of confidence, trust, and honestly, a lack of direct competition, allowed stok to grow with the industry, and play a role in determining what direction that growth was in.

Uhhhhhh no. To be frank, we never really thought about the future in the early years. We were still figuring ourselves out, and never slowed down to think about where exactly we were headed. But it really first hit me when we started to hire people from reputable firms. stok initially grew because of bright, younger team members, who came in fresh and have now grown into industry leaders. Once we started hiring experienced leaders from other firms, then I started to realize what we were building, and thought more about where we were going.

Overall, it feels like we’ve stayed the same, because we approach things with the same attitude that started our entrepreneurial company 10 years ago. We haven’t gotten any more corporate, and though the size of our team has grown, the feeling of stok family is just as strong. stok’s expertise and reputation have grown, and project scale and scope has increased, but the core of who we are is really the same. We wouldn’t be stok without it.

What have you learned in the past decade?

I’ve learned from a decade of stok that having trust in your team is empowering. That trust jumped out at me immediately when I joined stok, and has remained with me in my 10 years here. One of stok’s core values is autonomy, and I really see it in the individual development of each team member at stok. Autonomy expedites growth, and the individuals we hire become better team members because it’s up to them to progress. That’s been part of stok from the very beginning, back when I was learning as I went with our first ever LEED project. But when the trust is there, and people have autonomy, you know we’ll figure it out.