Type your search terms above and press return to see the search results.

Get ready for once-a-month insights, ideas, and news from stok! 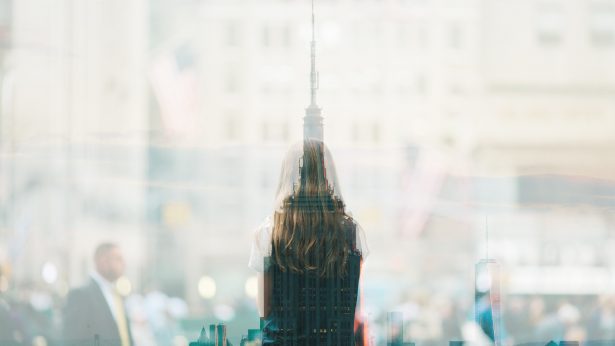 You know that age-old saying, “You are what you work in”?

Okay, maybe you haven’t heard of it, but here at stok it’s what we preach. We love teaching landlords and tenants how to optimize their buildings’ health so that theirs can also soar.

It doesn’t take a rocket scientist to figure out that the environment you work in affects your overall well-being. But to prove it’s true, a team of Harvard professors (so pretty much rocket scientists) completed a study to show the positive perks of working in the right place. We spend a whopping 90% of our time indoors; it only makes sense to make sure that that concrete bubble has as much clean air, light, circulation, and all-around good vibes as possible. After all, buildings—just like people—have the ability to positively or negatively influence our health.

But don’t just believe us; USGBC also backs the benefits of a building’s health.

“The built environment has profound effects on human health and the world around us,” said USGBC COO Mahesh Ramanujam at the Tenth International Conference on Green and Energy-Efficient Building & New Technologies and Products Expo in Beijing. “At their best, our buildings and communities are powerful promoters of health and well-being. At their worst, they contribute to some of the key public health concerns of modern society, from asthma to cancer to obesity.”

And sure enough, the Harvard-led study found out that cognitive scores were much higher in green building conditions. That’s music to our ears! Let’s break down how the researchers came to this important finding.

The Harvard T.H. Chan School of Public Health’s Center for Health and the Global Environment worked with other top institutions on the study, simulating indoor environmental quality conditions in green and conventional buildings. Researchers picked cognitive function as the metric to evaluate because it’s an objective measure of human performance.

Here’s the gist of the setup: 24 participants just like you and me (architects, designers, programmers, engineers, creative marketing professionals, and managers—no rocket scientists) spent six full work days in an environmentally-controlled office space at the TIEQ lab at the Syracuse Center of Excellence.

They were exposed to conditions representative of conventional and green office buildings in the U.S., as well as green buildings with enhanced ventilation levels. Researchers also artificially elevated carbon dioxide levels independent of ventilation. Participants were blinded to indoor environmental quality status each day.

At the end of each day, participants were administered a cognitive test using a tool that tests live decision-making performance by simulating real-world scenarios. Formally called the “Strategic Management Software Executive Decision” tool, it’s been used extensively by more than 70,000 participants worldwide over the last six decades.

The tried-and-true method let researchers interpret any changes in cognitive function that might be attributable to building design features.

Cognitive function scores were much better in “green” vs. “non-green” building conditions across nine functional domains, including crisis response, strategy, and focused activity level. On average, cognitive scores were 61% higher in green building conditions, and a whopping 101% higher in enhanced ones. Carbon dioxide, volatile organic compounds, and ventilation rates all had significant, independent impacts on cognitive function, the study found.

Because the study was designed to reflect indoor environments encountered by large numbers of people every day, the findings have far ranging implications for worker productivity, student learning, and safety.

“These results suggest that even modest improvements to indoor environmental quality may have a profound impact on the decision-making performance of workers,” said Joseph Allen, assistant professor of exposure assessment science, Director of the Healthy Buildings Program at the Harvard Center for Health and the Global Environment, and lead author of the study.

In short, adopting the energy efficient systems and informed operating practices required of green building design maximizes a building’s benefit to human health and productivity while minimizing energy consumption. We’re pretty sure folks like those working away at the Alameda County Electrical JATC in Northern California, which just got LEED Gold Certification for their sustainable home base in San Leandro, are pretty darn golden themselves.

And that’s not rocket science.

Get more insights and inspiration from stok.